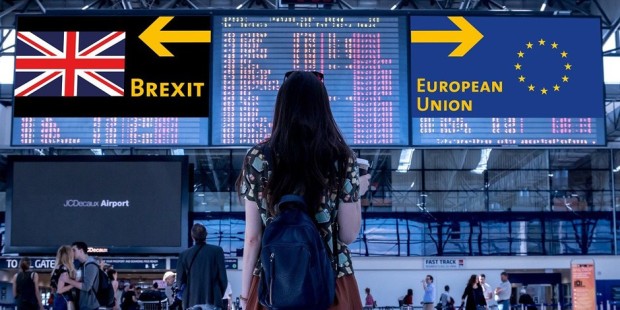 The United Kingdom must not hinder EU citizens to live, work and study in the UK. Foto: Stux / Pixabay
Tweet

(By Pierre-Yves Le Borgn’ (President of Europeans Throughout The World), Eelco Keij (Chairman of the Foundation for the Dutch outside of the Netherlands / SNBN), Nicholas Newman (Chairman of the Association for the Rights of Britons Abroad), Steen Illeborg (Secretary-General of Europeans Throughout The World) and Tony Venables (Founder of the ECIT Foundation). – Over the past few months, British authorities have been providing a fairly heavy reception to some EU travelers arriving in the UK, including those who are nevertheless regularly settled in the country. This situation raises significant questions as to the true meaning of the Brexit agreement for London with the development of unacceptable, inhumane and shocking practices. We have received this op-ed from several member organizations and signatories of Europeans Throughout The World, a staunch supporter of mobility and expatriate rights across Europe and beyond.

Europeans Throughout The World (ETTW) brings together many national and regional expatriates and diasporas organizations. Since its creation in the mid-1980s, ETTW has been committed to defending freedom of movement and freedom of establishment. More than 20 million Europeans work and live in a country other than that of their nationality. This is one of Europe’s greatest achievements. Of course, the decision of the British people to leave the European Union in June 2016 pained us. Yet, it was also a choice made democratically and it had to be respected. With relief we welcomed the Brexit agreement between the European Union and the UK at the end of 2020, in particular because it offered fair protection and visibility to the rights of Europeans living in the UK as well as to those of the Brits living in the EU. Unfortunately, between the text of this agreement and its implementation by UK authorities, a significant gap has emerged, up to this very day, leaving many Europeans in disarray and anger. Our op-ed aims at alerting the public opinion and calling for urgent action.

Is it right to be subjected to hours of interrogation at a UK airport upon returning from one’s home country? Is it normal to be deprived of freedom for hours and sometimes even handcuffed despite having all the necessary travel and residence documents, despite working in the United Kingdom, possessing property and paying taxes there? No, certainly not. In the past weeks, the press has described mind blowing testimonies on the treatment received by people who have been regularly living in the UK – sometimes even for decades – and it can only trigger understandable revolt. This is bullying and harassment, perhaps to make people feel guilty for having built their life in a country they happen to love and to whom some have even applied for citizenship. It is a shame, it is unfair, and possibly even illegal. Words matter: this is some form of xenophobia which violates both the letter and the spirit of the UK/EU Brexit agreement. These practices are all the more shocking as they also occur at a time when, for the first time in months, many people are finally able to leave the UK to visit their families affected by Covid on the continent.

The objective for UK authorities should be to comply fully and loyally with the Brexit agreement and its contractual obligations. This is no time to play games and to use European citizens as guinea pigs. ETTW calls on the UK Government to ensure that these revolting treatments end as soon as possible with clear and fair instructions being given to border control officers. We recommend that a parliamentary fact-finding mission should be set up in the UK to ensure that an objective assessment of the situation is conducted and means to remedy it are presented quickly. Moreover, we call on the European Union and its Member States to address this situation. It is their duty. The Brexit agreement provides for mechanisms to resolve difficulties and it is critical that they should be activated. It is intolerable that European citizens living in the UK would be afraid of traveling to the EU and of returning home to the UK. It is equally intolerable that people – often young professionals – arriving in the UK as part of a job search are being expelled. This cannot be Europe, whether EU-Europe or outside.