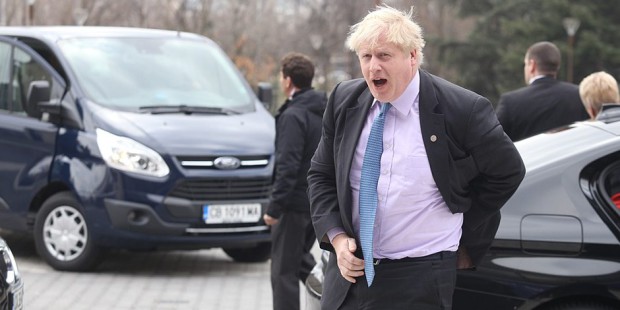 (KL) – How democratic is this ? 160 000 members of the Tories, half of them Boris Johnson overhyped, will choose the next British Prime Minister, at this crucial moment of the Brexit showdown. 160 000 out of 66 million British citizens will decide on how the Brexit will take place. If up to now, Europeans had considered the Brexit as a sort of accident, the result of a series of unlucky events, we now understand that these last three years were no accident at all – 66 million phlegmatic British citizens gulp down their five o’clock tea while a bunch of reckless nationalists drive the United Kingdom and to some extent, also the European Union, into a totally senseless catastrophe.

However, 66 million British people ought to know Boris Johnson and what he stands for. How is it possible that some 80 000 Tories can allow Boris Johnson to handle the final stage of the Brexit drama? Is this a sort of conservative putsch? Why isn’t Great Britain screaming? Who tries to stop this non-sense?

The choice between Boris Johnson and Jeremy Hunt is somehow pathetic. Boris Johnson has pulled all available handles to eliminate the 6 other contenders to end up in this duel. Now, 160 000 Tories will have a difficult choice between two equally unrealistic Brexit options. Johnson wants a Hard Brexit, which would be dramatic for the United Kingdom, while Hunt prefers to extend once more the Brexit deadline. What makes Hunt think that the European Union would accept once more to continue to play this endless Shakespearian drama, which slowly turns into a comedy?

People are tired of the Brexit debate, they are tired of the political manoeuvres performed by Labour and the Tories (and they have expressed this quite clearly at the European election). There would be only two reasonable options to avoid the worst damage done to Great Britain since the Blitzkrieg – a) organise a second referendum on the Brexit or b) call for anticipated elections. The problem being that the British voters and the successive governments have stopped making reasonable decisions a long time ago. So, it is quite possible that by the end of July, Boris Johnson will become Prime Minister of Great Britain. If this should be the case, then the British don’t deserve any better.

At least, the British offer a wonderful example to all fellow Europeans who share these nationalist opinions. These nationalists promise heaven on earth – as long as people are desperate enough to believe. The British hangover will be terrible and last very, very long.