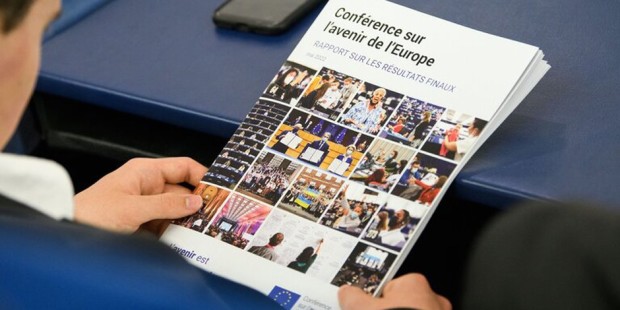 (Elsa Woeffler) – Making the European economy more resilient is what European citizens want. And for good reasons: increasing competitiveness can enable the European Union to assert its economic power in the global order. The objective is clear: citizens want a strong and viable market economy, to move towards a more social Europe and to achieve a more competitive European market.

Indeed, although the European Union has certain assets that justify a great influence on the international scene, it does have some flaws. And this is the aim of the twenty or so measures that the citizens’ panel wishes to put in place in order to consolidate the pre-existing foundations of a Union that is not only European, but also economic. Also, not to depend on others and thus to establish a strategic autonomy, is part of the demands of the European citizens’ panel. In the context of the pandemic, but also of the war in Ukraine, the European Union found itself faced with its strategic dependencies, such as the dependency on medicines and masks during the pandemic, but also on oil and gas imported from Russia. This dependence hampers the economic resilience of the European Union. The EU is made up of 27 member states, each with its own assets and importations. Better cooperation would therefore allow for a strong European economy, a better entrepreneurial culture and undoubtedly, a better competitiveness of European economic markets. Also, enhancing the value of small and medium-sized enterprises, but also start-ups, should be the red thread of European renewal in order to improve the competitiveness of European companies. At a time of relocation, it is urgent to promote European know-how and support new projects as well as existing companies.

The European Union must therefore take a completely new economic approach in order to establish strategic autonomy. This new concept is included in the new strategic program for 2019-2024.

Proposition 12 on the European Union’s market economy is one of the most comprehensive propositions, with some 20 measures, the main ones being:

1. To build on the strengths, quality and diversity of Europe, while taking into account economic and other differences between Member States, and to promote cooperation and competition between businesses.

2. Consolidate what has been done with regard to the single currency and the interconnection of payment and telecommunications systems.

4. Strengthen upward social and economic convergence in the Single Market, by completing existing initiatives such as the Banking and Capital Markets Union and by implementing a forward-looking reform of the European Economic and Monetary Union.

5. Promote policies for a strong industrial base and innovation in key enabling technologies, and a forward-looking climate policy, combined with industrial competitiveness with a strong social dimension, based on social dialogue and well-functioning industrial relations.