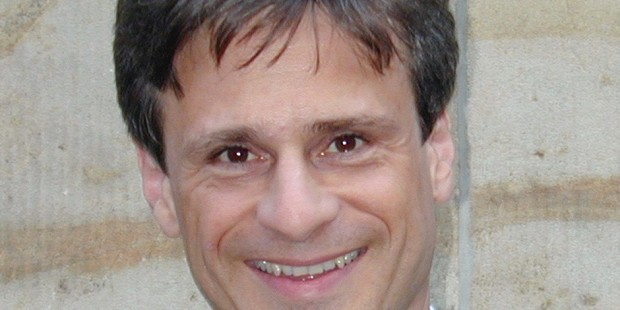 Europe has become the epicentre of the Corona crisis — were governments too slow to act, and has the response been only half-hearted?

Professor Alexander Kekulé ESMH Scientist : We were altogether too late. Already by the end of January, a group of experts to which I belong, had demanded decisive travel controls at the airports, country-wide surveillance and school closures. Instead, leading government advisory bodies announced that the virus would not make it from China to Europe. The Emergency Committee of the WHO also reacted too slowly.

The European Health Ministers had an early meeting in Brussels in mid-February. Was this too late?

AK: No, but it was much too ineffective, and we saw different gradations of assessment from country to country. Instead of three or four binding principles guiding counter measures in each of the EU countries, the ministers only vaguely agreed on general cooperation, and interrogations of passengers entering the EU from SARS CoV-2 countries. By then, the WHO had already declared an emergency, but the EU ministers took no firm decisions.

Could you give us an example of early positive actions at that time?

AK: On the very day of the meeting of health ministers in Brussels, the Johns Hopkins University in Baltimore decided to provide rapid global case recording and offered to report worldwide. These epidemiologists recognised the situation: The SARS-virus is back. Besides that, Taiwan did a good job; reacting early and decisively with measures that included stopping flights to and from mainland China and rolling out citizen-education programmes. Thus, they got it under control, and the good news from the Taiwan example is: whereas measles or the classic influenza are not controllable (they are much more contagious), SARS COV-2 is.

In some European countries we hear the idea of herd immunity, focusing on mass infections and, in consequence, mass immunity as they think this may be a better remedy.

AK: Well, each of the countries has its own advisors. I have to say that the UK government, who initially believed in the theory of the herd immunity, has, with virologist John Oxford, Professor at the Queen Mary University of London, an excellent epidemiologist. However, the British Government eventually realised that it couldn’t control the situation by letting it go.

In general, most epidemiologists agree that a high infection rate among the population (of 60–70 %) will curb the pandemic. So what’s wrong with the herd immunity strategy?

AK: During an epidemic, the right balancing of measures is key. When an infection wave is surging through a population, taking no counter measures can avoid those collateral damages that are economic and societal. In the case of the SARS CoV-2 virus, the case fatality rate may be low enough in otherwise young and healthy people to try such an experiment. So, it’s worth considering creating rapid herd immunity and keeping the collateral damages low. But in the case of this new SARS virus we simply do not know enough for the moment to keep the beast under control. If I may chance a metaphor: when you cuddle the tiger, you don’t know if it will play or bite.

In research hospitals many trials are being run with the anti-Ebola drug Remdesivir. When will we see the first robust results?

AK: The drug has seen remission for Ebola patients, not for Covid-19. So it is an off-label trial, to try and provide some comfort for the severely sick. A range of clinics in the US, China and in Europe are currently involved in testing. There are some early positive signs in terms of mitigating the disease. The hope is that this can be substantiated on a broader basis; we will know more in two weeks or so. Ideally, it will lower mortality rates and herd immunity can take its course without the danger of people dying.

A recent study in Science estimates the ratio of reported to unreported cases to be 1:10, saying that with each identified case 10 go unreported. Is this ratio the reason the virus is exploding in Italy?

AK: At a certain stage, the virus explosion runs clockwork wise — with the curve of an exponential growth function. For epidemiologists the number of 200 initial cases is the magic limit. As soon as there is an upper breakthrough, you don’t have a chance to stop the infection — rates of infection are soon doubling every two to three days, and tracing the disease back is impossible with exponential growth. Italy, unhappily, reacted too slowly. Early surveillance could have helped to contain the plague. But again, the EU Health Ministers played down the danger for too long.

Will the curfew we are seeing now in many EU Member States help to crack the tipping points and lower the rate of new infections?

AK: The real issue is that we cannot predict how long the lockdown is needed. It only makes sense for two or three weeks to see if it has an effect on stopping the exponential growth of infection rates. If it has no effect, it makes no sense to maintain it, especially in the light of severe economic downturns. Rather, I would recommend that a consequent social distancing effort be kept for a longer time. Let the people go out to the parks.

Do you think it is important to have more and better communications from scientists to handle such a crisis?

AK: In general more scientists need to communicate and interact with the public. But there is one imperative: scientists should not take the political decisions. Ultimately, the decisions need to be taken by democratically elected politicians. Otherwise we will have an illegitimate dictatorship run by technocrats.

What conclusions should the EU draw from this pandemic?

AK: All EU countries definitely need more courageous politicians, and those politicians need a better science education. To be frank: I was shocked by how health authorities played down the severity of this situation for too long, and I do not exclude Germany here. The EU Commission itself needs a pandemic appointee and an advisory group of scientific experts. During a crisis the best arguments count: with a couple of reasonable binding principles like early country-wide testing, and stopping travel from outbreak zones, Europe would have been safer. It’s never too late to do this — nor to ban the arguments of the nationalists against a stronger EU.

This interview was conducted by our partners of the “European Science Media Hub” (ESMH). Learn more about the ESMH by clicking HERE!