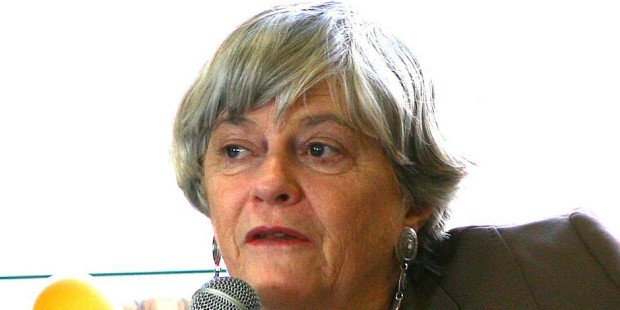 Brexit Party MEP AnnWiddecombe made it! She won the "Dummy of the Year" award with only one speech! Congratulations... Foto: Brian Minkoff - London Pixels / Wikimedia Commons / CC-BY-SA 3.0
Tweet

(KL) – It is not only about the rubbish this lady tells, but also about the way she does so. Claiming that the Brexit was like “slaves rising against their masters”, Ann Widdecombe showed herself as, well, how to put it? Given how the lady freaked out towards the end of her speech, many observers wondered if there is any rule for Brexit Party MEPs concerning the consumption of alcohol before parliamentary sessions.

But wait a minute. Brexit is like “slaves rising against their masters”? Let’s give Mrs. Ann Widdecombe a short update on the British history of slave trade. By the end of the 17th century, Great Britain invented the so-called “triangle trade”. Ships left the British harbors, loaded with arms, steel, manufactured goods and textiles and headed for the West-African coast, roughly between Cameroon and Liberia. Here, the British traders sold their goods and bought – slaves. Men, women and children who were brought to the Caribbean colonies where the human beings were sold. In the Caribbean colonies, the British traders bought sugar, rum and cotton and travelled back to their British harbors where they sold these goods and planned for the next journey. In this “triangle trade”, Great Britain founded part of the Commonwealth riches, based on the trade of human beings. Obviously, there is no point in explaining the treatment reserved for slaves to Miss Widdecombe, but it would be good to know what the term “slavery” means, before using it.

Considering how Miss Widdecombe lost her temper towards the end of her first (and hopefully, last) speech in the European Parliament, some of her colleagues of the Green Party twittered a blunt question: “Is she drunk?”. We do not know what Miss Widdecombe had for breakfast, but we do know that we would like to trade her against some other MEP. This lady is a shame for Great Britain, regardless of the outcome of the Brexit file.

And now, dear British friends, we come to the point where we must really ask you to take her back. You see, we do not want her anymore. We gave a stage to Nigel Farage. We have kept our calm when you presented us to Theresa May. We even were polite concerning Boris Johnson. But Miss Widdecombe is really too much.

In the European Parliament, the MEPs try hard to stick to certain standards. These concern, amongst others, the quality of the oral interventions made by the MEPs. And clearly, Miss Widdecombe is not up to these standards. So, here is our kind request: could you please replace her with somebody else? We do understand that a replacement MEP would also belong to the Brexit Party and thus, will be a weird person as well, but this person can hardly be worse than Miss Widdecombe. OK? Deal? We send her back to you and you send somebody else? Thank you very much, also on behalf of 500 million fellow Europeans.