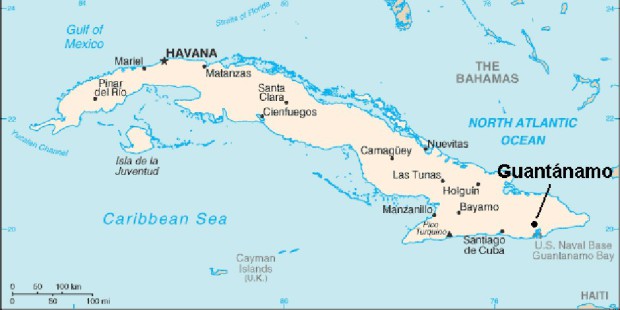 (KL) – Washington is currently counting green bucks. And someone within the US administration has just found out that each single detainee in Guantanamo prison costs some 13 million dollars per year. Considering that Guantanamo currently holds 40 IS inmates originating from Western European countries, it is understandable that the USA want to get rid of these IS fighters. And obviously, the US administration’s appeal to the European countries from which these fighters came, has remained unheard – or just unanswered.

But then again, the language! Why does Donald Trump need to talk (tweet) like this: “We’ve done Europe a tremendous favor. If they don’t take them back, we’re going to probably put them at the border and then they’ll have to capture them again.” This is kindergarten bully talk and certainly not the way to open talks on how to handle these prisoners of war.

At some point, the European governments will have to make up their minds on how to manage these IS fighters, European nationals, who had joined the Caliphate and the war, mainly in Syria. Young radicalized fighters from many European countries went to war in Syria and now that the IS has lost this war, many of them would like to return to their home countries.

Once more, Europe has no idea how to cope with such a situation, and, of course, no common strategy. Great Britain believes that these IS fighters should be tried in Iraq or another Arabic country, France and Germany tend to have their nationals return (mainly female fighters with children), sentencing them to more or less long terms in prison.

It is easy to understand that the USA do not wish to spend 13 million US dollars per year for keeping British, French or German IS terrorists in prison. It is not easy to understand that the European governments are unable to come up with a clear strategy on how to manage these cases. But it would be so much nicer if Donald Trump could stop this bully talk which does not open, but only prevent serious talks about serious matters.