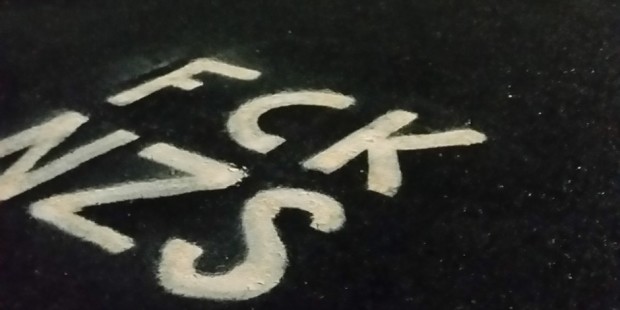 (CoE / Red) – A report by the Council of Europe’s European Commission against Racism and Intolerance (ECRI) calls on Germany to step up their efforts to prevent and counter extremism and neo-Nazism and to ensure that evidence of online hate speech is transmitted to the police. It furthermore recommends strengthening existing equality bodies and to speed-up the updating of the National Action Plan on Integration and establish counselling services for intersex children and their parents.

Since its previous report in 2013, ECRI welcomes efforts that Germany has made to fight racism and discrimination. The report notes that “Germany warmly welcomed an extraordinarily large number of asylum seekers in 2015″ and “invested many resources” in their inclusive integration. Several core integration indicators improved. The kindergarten enrolment rate of children with migration backgrounds increased to 84%, for example. The report praises the fact that German officials, including Chancellor Angela Merkel, have publicly spoken out against hate speech and called on social networks to enforce their guidelines on removing hate speech. The 2018 Network Enforcement Act obliges large social networks to remove hate speech “in clear cases within 24 hours” and the most serious forms of hate speech disappeared from the large social media platforms.

In several Länder, the police work intensively with civil society to improve the detection and recording of hate crime. More Länder have established entities that promote equality and new provisions have been introduced that allow to discontinue the public financing of racist political parties. Surveys show “high levels of openness and understanding” for homosexual persons, a third gender category, “divers”, was introduced in 2018 and the authorities are working on new regulations on gender recognition of transgender persons and “gender-normalising” medical measures on intersex children.

However, ECRI detects that public discourse has become increasingly xenophobic and has noted “high levels of Islamophobia”. Racism is “particularly blatant” in two sub organisations of a new political party and the constant racist and xenophobic discourse from the extreme right has impacted mainstream political discourse. ECRI also found an increasing number of right-wing extremists “ready to use violence”, with both right-wing and Islamist terrorists committing racist attacks. Many hate crimes remain unreported and evidence of online hate speech that could lead to violence is “not systematically transmitted to the police”. German Sinti and Roma need assistance and migrant Roma are often victims of exclusion and exploitation. Migrants in irregular situations need counselling and assistance.

The National Action Plan for Integration lacks indicators to measure progress and the process for its revision is slow. In primary education, children with migration backgrounds lag behind and the gap widens through to the 9th grade: they are more than twice as likely to leave school without a diploma. Furthermore, teachers do not feel adequately prepared to teach in a diverse environment.

There is strong evidence for extensive racial profiling by the police. The Federal Anti-Discrimination Agency lacks fundamental victim support and litigation competences and there are no independent equality bodies in the Länder.

* The draft act on gender recognition severely restricts the right to self-determination of transgender persons and intersex babies continue being subject to medically unnecessary and deferrable surgery.

* Among 15 recommendations to the German authorities, two should be implemented as a priority and will be the subject to a follow-up by ECRI within two years: Germany should establish a coherent system of organisations that provide victims of discrimination with effective support including legal assistance; the Länder should start setting up independent equality bodies.
The police should commission and participate in a study on racial profiling with the aim of eliminating existing and preventing future racial profiling.

The report was prepared following ECRI’s visit to Germany in early 2019 and takes account of developments up to 19 June 2019.