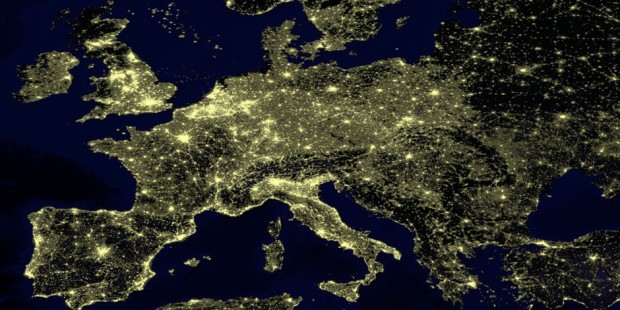 We Europeans ought to stick together, especially in times of crisis like now. Foto: NASA / Wikimedia Commons / PD
Tweet

(Athens, CoE / Red) – As the Council of Europe celebrates the 70th anniversary of the European Convention on Human Rights in the unprecedented context of the current health crisis, the Foreign Affairs Ministers of the Organization’s 47 member States have reiterated their commitment to unity in Europe and stronger solidarity between its nations.

In a videoconference meeting, the Ministers reaffirmed their deep commitment to upholding, implementing and reinforcing the values, principles and rights enshrined in the European Convention on Human Rights.

In a Declaration by the Committee of Ministers Chairmanship, backed by 43 member States, the participants underlined that the Convention, by defining human rights that cannot be subject to derogation, clearly set red lines that cannot be crossed, even in times of a severe public health crisis.

The Declaration also stressed the need to safeguard the right to health for all and other social and economic rights, such as the rights to social protection, education and safe and healthy working conditions, on the basis of inclusiveness, non-discrimination and gender equality.

The ministers pointed to the priority issue of being better prepared for future public health crises and other emergencies, including natural and technological disasters. “We also bear in mind that life and well-being on our planet is contingent on humanity’s collective capacity to guarantee both human rights and a healthy environment to future generations and recognize that the role of the Council of Europe in this respect has become more important than ever”, they concluded.

The topics on their meeting agenda included effectively responding to a public health crisis in full respect for democracy, rule of law and human rights, the Council of Europe’s role in response to conflicts and crises in Europe, securing the long-term effectiveness of the system of the European Convention on Human Rights, Council of Europe policy towards neighboring regions and also the annual report of the Council of Europe Secretary General, Marija Pejčinović-Burić.

Greece will hand over the Committee of Ministers Presidency on November 18 to Germany which will host the next ministerial session on 21 May 2021.