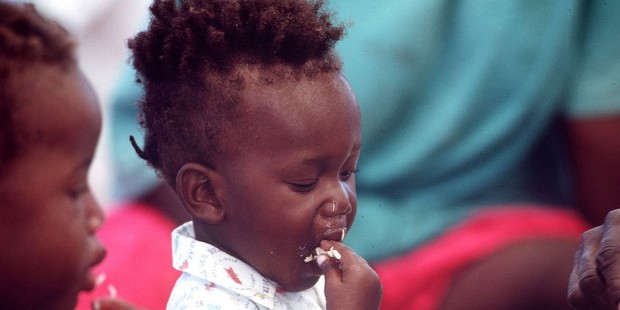 Who can refuse support and assistance to migrant children like this one? The EU can... Foto: USCG by PA2 Robin Ressler / Wikimedia Commons / PD
Tweet

The Special Representative on Migration and Refugees, Drahoslav Štefánek, presented the Final Report of the implementation of the Action Plan on protecting refugee and migrant children in Europe (2017-2019) to the Council of Europe’s Committee of Ministers. “We have largely attained the objectives through concrete actions, such as Committee of Ministers recommendations, practical guidance and sharing of good practices. At the same time, several new activities have been carried out in the areas of alternatives to immigration detention, education, social inclusion, and human rights training courses. Other areas we need to explore are the rights of refugee and migrant women, border procedures and returns, but above all, there is a need to pursue a more positive narrative and a more constructive approach towards migrants and refugees”, said the Special Representative.

In addition, the Action Plan implementation process identified a need for a direct dialogue with national migration authorities, which led to the creation of a network of focal points from the member states. The aim of the network is to exchange good practices and enhance co-operation between the different stakeholders, including facilitating the sharing of information on relevant Council of Europe activities in the field of migration.

The Action Plan was developed in 2016 on the initiative of the Secretary General and launched in 2017 as a response to the urgent situation that member states were facing when large number of refugees and migrants entered Europe. The focus was on ensuring access to rights and child-friendly procedures, providing effective protection and enhancing the integration of children who would remain in Europe. Today, the protection of refugee and migrant children in Europe remains an ongoing challenge and a long-term commitment, the report concluded.