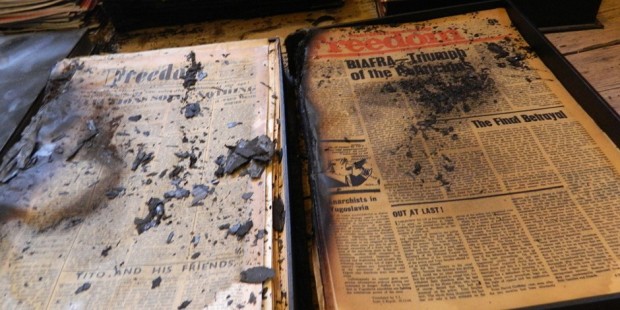 (Marine Dumény) – Journalism is a dangerous profession. This is the conclusion of the last report of the Commissioner for Human Rights of the Council of Europe. In line with the Secretary General’s report, on the occasion of May 3, he denounces the atrocities committed against the Press.

The European Court of Human Rights has found that violence committed against journalists, particularly by agents of the state, may constitute a breach not only of Article 3 of the European Convention on Human Rights, which prohibits torture and inhuman or degrading treatment or punishment, but also of the right to freedom of expression, guaranteed by Article 10, which includes the right to receive and impart information. The Court also noted that, in the context of public demonstrations, the presence of journalists is a guarantee that the authorities can be held to account for their conduct vis-à-vis the demonstrators and the public at large, including the methods used to police large gatherings, to control or disperse protesters, or to preserve public order. A conclusion which is reminiscent of the cases of violence during demonstrations in Eastern countries or even in France.

And Covid-19 happened – The Covid-19 pandemic has exacerbated an alarming trend: violence against journalists is on the rise. Journalists covering anti-lockdown protests, for instance, have increasingly been subjected to physical assaults in recent months. In many cases, the violence was committed by bystanders and the demonstrators themselves. The police, however, reportedly failed to take appropriate action to protect them and, in some cases, even impeded journalistic work. A recent study recorded at least 58 incidents involving assaults, physical aggression, threats and intimidation against journalists covering demonstrations linked to Covid-19 between September and December 2020 in Italy, Slovenia, Austria and Portugal in addition to Germany. While these attacks were predominantly the work of anti-mask, anti-lockdown or conspiracy theory groups, others were carried out by members of far-right groups which hijacked rallies to push their own agenda. The fact that in most cases, the attackers knew that their victims, many of whom were wearing press badges or holding cameras, were journalists signals a growing sense of hostility and mistrust towards journalists and their work, in a context of increased polarisation and disinformation. In times of crisis more than ever, public assemblies and the right to protest are crucial in making one’s opinion heard, articulating grievances and aspirations, and influencing public policy. While the pandemic has precipitated a human rights crisis, increasing isolation, fear and anxiety, assemblies should be preserved as places for democratic debate and discussion and not become another zone of fear and anxiety.

And so, the Police – In many Council of Europe member states, policing of demonstrations has increasingly become an issue of concern, not least due to restrictions introduced to curb the spread of Covid-19 and to the way in which the applicable rules are being enforced by the police. At a time when we are seeing a growing willingness to use force when policing assemblies, the Council of Europe is deeply worried by numerous reports of physical attacks on journalists covering demonstrations by law enforcement officers, or of police hindrance and disruption of media workers’ reporting of demonstrations.

In France, there has been a disturbing rise in such incidents. The “Sécurité Globale” law is part of the problem. Several journalists’ trade unions and associations, however, have criticised the plan as discriminating between journalists “in possession of press cards and official accreditation”, who are the only ones authorised to wear protective equipment, and others. According to them, “the offence consisting in remaining in a crowd after having been warned does not suffer any exception, including for the benefit of journalists.” Freelancers and citizens reporting are in a particularly vulnerable position in this regard, as they do not have press cards to prove their status and are thus more likely to be assaulted or roughed up by police or protesters. In addition, a recent report by the OSCE Representative on Freedom of the Media reiterated that journalists have a right to cover any form of public assembly, irrespective of its legal status. In the case of spontaneous demonstrations, for instance, which should not in principle be regarded as illegal, journalists are especially important as police behaviour is a particular issue on such occasions and problems are not uncommon.

Firstly, governments and politicians should give a strong signal that any attacks against journalists are unacceptable and will not go unpunished.

Secondly, the authorities need to initiate prompt, thorough and transparent investigations and bring perpetrators to justice, with punishments that reflect the seriousness of the crime. If journalists have been threatened, the authorities should act quickly to protect them.

At the same time, the authorities should promote co-operation between police and journalists. Dialogue between state authorities and journalists’ organisations should be encouraged in order to avoid friction or clashes between police and members of the media. In this regard, institutions such as media contact officers (Medienkontaktbeamte, or MKB) in the Federal police in Austria would seem to be a promising initiative.

In times of pandemic in particular, policing of assemblies should be based on communication and co-operation with the organisers and participants, so that appropriate measures are taken to ensure compliance with the existing restrictions (such as wearing masks and social distancing), with a view to preventing any problems related to possible spread of the disease, de-escalating tensions and avoiding the need to use force.

Lastly, there is the importance of training. Police officers should be adequately trained in the role and function of journalists, especially during a public assembly. Journalists and media workers should be equally trained to cover public assemblies safely, including as regards the need to clearly identify themselves when reporting, for instance by displaying the word “press” on their clothing.

We have celebrated last Monday, the World Press Freedom Day. It is time to reiterate the commitment to defend journalism as an essential part of information as a public good. So, when journalists are assaulted or their work otherwise obstructed, their ability to cover demonstrations in person and to inform society is greatly diminished. To ensure access to information, they must therefore be protected.