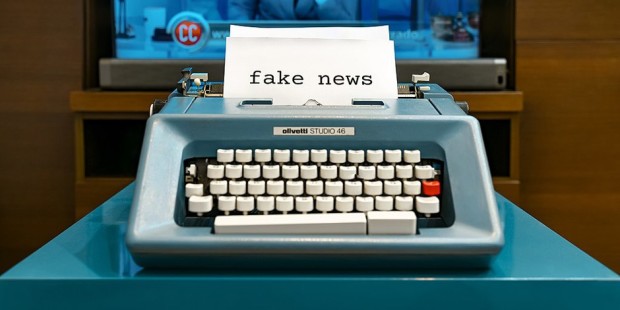 (Interview conducted by ESMH / Carolien Nijenhuis) – A group of European scientists has made it their mission to raise awareness about disinformation, its mechanisms and its dangers. They belong to ALLEA, the European Federation of Academies of Sciences and Humanities. This organisation brings researchers from all over Europe together; in various working groups and projects they explore topics of high societal relevance seeking to improve conditions for research, provide the best independent and interdisciplinary science advice available, and strengthen the role of science in society. Interview with Professor Dan Larhammar, President of the Royal Swedish Academy of Sciences.

Professor Larhammar, could you briefly summarize the discussion paper?

Dan Larhammar: The paper presents an overview of the causes and mechanisms of the spread of disinformation. In it, we review several psychological mechanisms that contribute to disinformation propagation, such as confirmation bias and the ‘Dunning-Kruger effect’, which is the inability to recognize one’s own lack of knowledge.

What were the reactions to this paper?

DL: As the topic has gained enormous traction due to the so-called infodemic during the ongoing pandemic, both the project and the paper have been widely featured and received as timely and highly relevant in the media.

We also presented the paper at several conferences and some very interesting debates ensued. This has left me hopeful about having fruitful conversations on this topic across disciplines and about the scope to improve science journalism and science communication in general.

Even though our paper provides some insights, the discussions it provoked show us that we still do not understand our (digital) information ecosystem sufficiently, which has strong implications for our lives and future.

You examined the most prominent psychological, technical and political strategies to counter science disinformation, including inoculation, debunking, recommender systems, fact-checking, awareness-raising, media literacy and innovations in science communication and public engagement. Which of these are most effective against disinformation in your opinion?

DL: I am sure we need all of them. My hope is that these preventive measures will be efficient because that would minimize the spread of science disinformation. In particular, inoculation and increased awareness should stimulate critical thinking, which will be useful in many contexts.

What, in your opinion, are the most tragic examples of disinformation that you have witnessed?

What do you think of the EU initiatives on disinformation?

DL: All of the European initiatives on this topic are highly relevant and more than necessary to enhance consumer protection against disinformation. As disinformation is a challenge that is not limited to national borders, we need a joint European effort to safeguard our democratic principles and values.

I was especially delighted to see the new initiative to strengthen the industry’s Code of Practice on Disinformation. Without the simultaneous involvement of and checks by social media platforms and tech giants, the fight against disinformation will be a lost cause.

DL: There are several committees and other ongoing initiatives around Europe discussing these ideas, including ALLEA. Considerable expertise and experience are already out there, especially in national contexts. Now the time has come to coordinate these efforts to mobilize, organize and streamline responses to disinformation.

Our committee has connections with many of these experts, so in a way, a loose virtual network already exists. Hopefully, a central network or centre could be formed and given a mandate and resources to reach out to people in general and to scientists and science communicators in particular to support their work to counteract disinformation. Such a European endeavour would also help to widen participation and further build capacities for science communication in the European Union, as well as in national contexts.

How do you see the future when it comes to disinformation?

DL: I am afraid there will always be disinformation as long as there are ruthless human beings and commercial and ideological interests. That is why we need to protect consumers by stimulating people’s science literacy and critical thinking.

Science is like democracy – it must be constantly defended because new generations come that take scientific progress (like democracy) for granted, and are unaware of the consequences and dangers of anti-science propaganda.

This interview has been first published by the European Science Media Hub. In the framework of our partnership with this European agency, we republish this interview. Professor Dan Larhammar is President of the Royal Swedish Academy of Sciences.