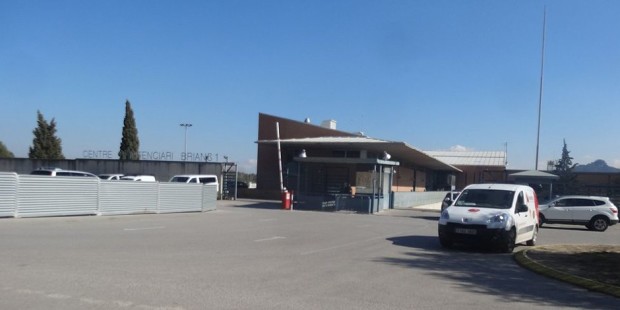 (PR/Red) – In a report published yesterday on a visit to the autonomous community of Catalonia in Spain in 2018, the Council of Europe’s anti-torture committee (CPT) expresses concern about some allegations of ill-treatment received from persons apprehended by “Mossos d’Esquadra” and by inmates held in special closed regime departments in prisons, notably in Brians 1.

The CPT calls on the authorities to abolish the use of fixation of agitated prisoners to beds with straps. With regard to women prisoners, the report acknowledges the good health care services they are provided but underlines the need for improvements to address their specific needs.

Although the vast majority of persons met by the CPT’s delegation stated that they had been treated correctly when detained by “Mossos d’Esquadra” officers, a number of allegations of physical ill-treatment were received. The alleged ill-treatment consisted mainly of kicks and punches to the head and body and blows with truncheons to the body of detained persons, usually at the moment of their apprehension.

The CPT’s delegation also received a few specific allegations from detained persons that they had been beaten with truncheons by “Mossos d’Esquadra” officers while subjected to an unauthorized means of restraint they referred to as the “bocadillo” (while restrained by the ankles, sandwiched between two plastic mattresses bound together by Velcro straps). The CPT recommends that the Catalan regional authorities deliver a strong message that the ill-treatment of detained persons is illegal, unprofessional, and will be the subject of appropriate sanctions.

As regards the rights of persons detained by the “Mossos d’Esquadra”, the report notes the proactive steps taken by the Catalan regional authorities to ensure their respect in practice. Nevertheless, at “Les Corts” in Barcelona, the CPT found instances of unjustified delays (of 12 hours or more) for detained persons to notify a third person nominated by detainees and the need to improve access to a lawyer.

The CPT highlights once again that “Mossos d’Esquadra” detention facilities continue to have a lack of access to natural light and inadequate artificial lighting, poor ventilation, inadequate access to drinking water and personal hygiene products and the absence of exercise yards.

As regards prisons, the CPT focused on the situation of prisoners placed in special closed regime departments (Departements Especials de Règim Tancat or DERTs) and of women prisoners. In the four prison establishments visited (Brians 1, Mas d’Enric, Ponent and Wad-Ras), the CPT received a number of allegations of physical ill-treatment of inmates by prison officers, notably at Brians 1 Prison, which consisted of slaps, punches and blows with truncheons. The report recommends that prison management increase vigilance to address this problem, including by ensuring the regular presence of prison managers in the detention areas, greater direct contact with prisoners, the prompt and thorough investigation of complaints made by prisoners and improved prison staff training.

The report notes the intention of the Catalan regional authorities to reduce progressively the use of mechanical fixation of agitated inmates to a bed with straps. The CPT found that there had been a slight decrease in the number of times inmates had been fixated and that the average duration of the measure had declined significantly. The findings from the 2018 visit indicate that resort to mechanical fixation in the prisons visited retains clear punitive elements and that the measure still does not comply with the relevant legal provisions. Furthermore, the CPT maintains concerns over the resort of fixation methods which cause serious injuries to inmates and the practice of forced medication of prisoners subject to fixation. Therefore, the CPT reiterates that the practice of mechanical fixation of inmates for security reasons should be ended.

As regards DERTs, further steps were required to promote a more individualized and purposeful regime to assist prisoners reintegrate the mainstream prison population.

The CPT calls on the Catalan authorities to take steps to develop a gender specific approach that takes into account women’s particular biological and gender-specific needs and vulnerabilities and as well as that women generally pose a lower security risk than men.

Admission procedures at Wad-Ras Prison in Barcelona, Brians 1 and other prisons accommodating female inmates should take into account the gender-specific needs of women prisoners including screening for sexual abuse or other forms of gender-based violence inflicted prior to entry to prison. Regarding the use of mechanical fixation, the concerns raised in respect of the male population apply equally to women prisoners.

For women prisoners subject to a closed regime and accommodated in a DERT, there is a need to provide a specifically tailored range of educational, recreational, sport and workshop activities. On the positive side, the CPT found that the mother and baby unit at Wad-Ras Prison represented a good practice in terms of support and care provided by staff and the health care services available to women prisoners in the Catalan prison system were generally of a good standard.