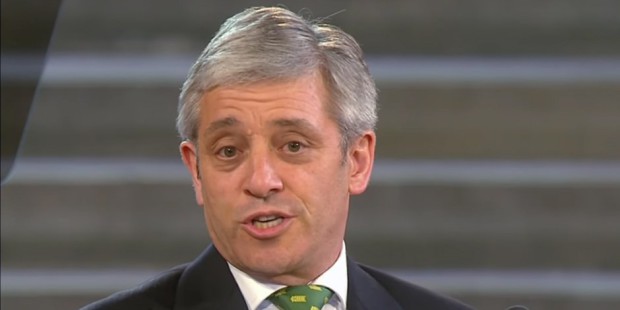 (KL) – To be honest, we never really had noticed this man who now became famous in Europe with the Brexit debates in the House of Commons. His “ordeeeeer” is today used as a ring tone on many European smartphones and we admired the way he conducted the weird debates in the British parliament. We also admired his courage to impose democratic rules on a non-democratic government – he was a rock in the storm of the cheap populism proposed by Theresa May, Boris Johnson or Jeremy Corbyn.

John Bercow has become a star in Europe. With his great sense of humor and his natural authority, he was the most visible defender of the British democracy, turning down all attempts to abuse the parliament for the sinister plans of Johnson and the others. However, he managed to stay neutral, not taking anybody’s side, but representing the interests of a democratic and parliamentary system put in danger by those who now shut it down until October, 31st.

We will be missing John Bercow, we will be missing the “The Ayes have it!” or “The Nays have it!” or his short, educational interventions when explaining to young or even older MPs how to behave in the House of Commons. His successor will have a difficult task in replacing John Bercow who has earned great respect throughout the world. While the world is wondering if British politicians have completely lost their minds, John Bercow was the only one to show that Great Britain is not yet lost.

Guy Verhofstadt, leader of the Liberals in the European Parliament, twittered what many Europeans think today: “John Bercow is a driven speaker and gifted orator but above all the keeper of the great British parliamentary tradition. I would love if we could welcome him in the European Commission or European Parliament.” But this widely shared wish will most probably not come true – if the Johnson gang succeeds, there won’t be any British MEPs anymore. All the best, Mr. Speaker, Sir!