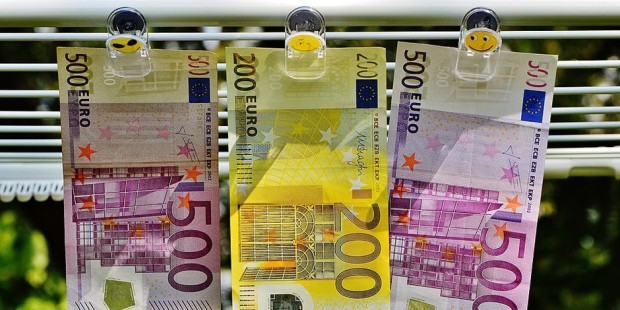 (CoE / Red) – In a report published  by the end of last week, the Council of Europe’s anti-money laundering body MONEYVAL calls on the Cypriot authorities to pursue more aggressively money laundering from criminal proceeds generated outside of Cyprus, and take a more proactive approach to the freezing and confiscation of foreign proceeds.

The report makes a comprehensive assessment of the effectiveness of Cyprus’s anti-money laundering and countering the financing of terrorism (AML/CFT) system and its level of compliance with the Recommendations of the Financial Action Task Force (FATF). It concludes that Cyprus understands the money laundering and terrorist financing risks that it faces to a large extent, albeit the understanding of terrorist financing risk is less comprehensive.

MONEYVAL noted that in various aspects major improvements are necessary for the effectiveness of the Cypriot AML/CFT regime. The competent authorities are not yet sufficiently pursuing money laundering from criminal proceeds generated outside of Cyprus, which pose the highest threat to the Cypriot financial system. Moreover, they have not been very proactive at freezing and confiscating foreign criminal proceeds at their own initiative, although they have been instrumental in assisting other countries.

Cyprus has not yet conducted a formal assessment of risks posed by legal persons, despite having a developed company formation and administration sector. This has reduced the authorities’ ability to implement more targeted mitigating measures to ensure the transparency of legal persons.

There are weaknesses in the implementation of preventive measures by the trust and corporate services sector as a whole. This has major implications for the availability of beneficial ownership information of legal persons and arrangements registered in Cyprus and the reporting of suspicious transactions. While significant strides have been made by Cyprus to implement a comprehensive supervisory framework for trust and corporate services providers, further progress is required, with certain areas requiring major improvement.

The risk in the real estate sector has increased exponentially since it has become the preferred choice of investment to acquire citizenship under the Cyprus Investment Programme. As this risk has not been properly mitigated, the report recommends that supervision of the real estate sector should be significantly enhanced and that measures should be taken to increase the level of compliance with preventive measures by real estate agents.

The risks related to the Cyprus Investment Programme have not been assessed comprehensively, and the report recommends that Cyprus should conduct a comprehensive money laundering and terrorist financing risk assessment of this programme.

Trust and corporate service providers did not demonstrate a uniform level of understanding of the risks of evasion of targeted financial sanctions for terrorist financing and the proliferation of weapons of mass destruction. Given the role played by these service providers as gatekeepers, this shortcoming constitutes a significant vulnerability.

On the other hand, several measures have been deployed to mitigate some of the main risks effectively. There is a good level of domestic co-operation and co-ordination between the competent authorities, for example, both on policy issues and at an operational level. The banking sector has become more effective in mitigating risks. This is largely due to the increasingly sound supervisory practices of the Central Bank of Cyprus.

The Financial Intelligence Unit (FIU) has the ability to support the operational needs of competent authorities through its analysis and dissemination functions. The country has developed mechanisms which are capable of delivering constructive and timely assistance to other countries both on a formal and informal basis.

The evaluation of Cyprus’ anti-money laundering and combating financing of terrorism system was based on the 2012 Financial Action Task Force Recommendations and was prepared using the 2013 Methodology.

Based on the results of its evaluation, MONEYVAL decided to apply its enhanced follow-up procedure and invited Cyprus to report back at its first plenary in 2021. And the message is quite clear – Cyprus, we are watching you. But it is not just about surveillance – The Council of Europe offers support and expertise to all member states wishing to progress on issues such as money laundering. Once again, the Council of Europe takes action where nobody else intervenes. This is Europe, too.