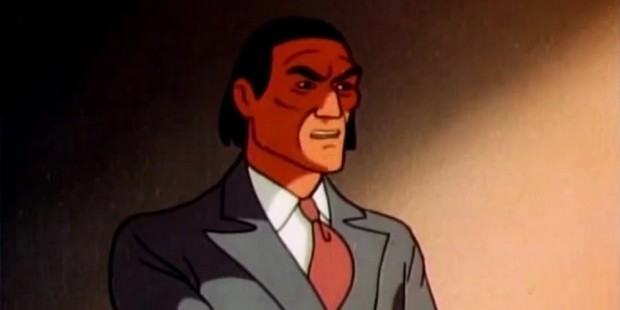 The villains in Washington and London are doing everything to murder Julian Assange. Foto: Fleischer Studios / Wikimedia Commons / PD
Tweet

(KL) – What is the difference between Russia hatching plans to murder Alexej Nawalny and the USA hatching plans to kidnap and murder Julian Assange? Correct, there isn’t any difference. But wait, there is one difference. In one case, the international community imposes severe sanctions, in the other case, the international community doesn’t even react. The two days auditions this week regarding a possible extradition of Julian Assange to the USA, has shown once more that the two new “villain states” USA and Great Britain do everything they can to put Julian Assange to death.

The entire case against Julian Assange is a violation of all standards of western democracies and the state-of-law. A hoax accusation of “rape” in Sweden (which wasn’t a rape, but the two ladies having spent the night with Julian Assange back in 2010, wanted to force Assange to take an HIV test; the indictment was a forged document, never signed by the two “victims” and once the hoax was proven, Swedish justice silently dropped all charges). Evidence has been given in court that the USA had hatched plans to kidnap Julian Assange in the embassy of Ecuador in London, with a “Plan B” to simply murder the whistleblower. During the court hearings last week, Julian Assange was denied the right to assist personally at his own trial, another violation of the state-of-law which is simply unbelievable.

During the last 11 years (8 in the embassy of Ecuador, 3 in the high security prison Belmarsh), Julian Assange has developed an Asperger syndrome, his health has dramatically declined and dozens of doctors have requested that Assange should be immediately released and transferred to a special hospital to save his life. UN special emissary for torture, Nils Meltzer, put it this way: “If Assange dies in prison, he will have been tortured to death”. And this is exactly what the two new “villain states” USA and Great Britain are aiming for.

Judge Vanessa Baraitser, who, in the first place had denied Assange’s extradition to the USA on grounds of a possible suicide, is not in a hurry to end the procedure by releasing Assange. No wonder, family members of hers are working for the Pentagon and it is unbelievable that this conflict of interests has not lead to her replacement.

If Europa really has “values”, it would impose the same sanctions on Great Britain and the USA than on Russia and Belarus or North Korea or China. Great Britain and the USA cannot be regarded any longer as being part of a “community of democratic values” – these two countries torture, break the rules of the state-of-law and, regarding the USA, commit crimes against humanity (which have been rendered public thanks to Julian Assange and WikiLeaks).

But the European Union seems to be prepared to sacrifice Julian Assange for economic reasons and this invalidates all the talk about “values”, “democracy” and the western supremacy over communist countries. The USA and Great Britain are no better than Russia, China, North Korea and all these “villain states” they blame whenever they can. Cooperating with these two “villain states”, and this is exactly what the European Union does, is supporting criminal governments.

Today, on November 1st, we remember our dead. This is important. But we should also remember a person which is currently tortured to death in Great Britain, Julian Assange. What a shame for the western world which proudly boosts the “Human Rights”. Free. Julian. Assange. Now!