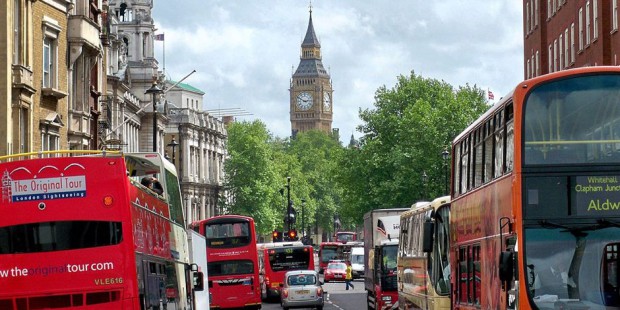 "Brexit" could cause a real problem for many of the 2.9 m EU citizens living in the UK. Foto: Joseph Plotz / Wikimedia Commons / CC-BY-SA 3.0
Tweet

(KL) – David Cameron’s announcement of the “Brexit” referendum has caused a 9 % increase of requests for British passports. The almost 3 million EU citizens living in the UK fear for their residence status if the British were to vote in favor of “Brexit”. Currently, EU citizens enjoy the freedom of choosing their residence in any EU member state, but this might change in case of “Brexit”.

853.000 Polish citizens officially live in Great Britain, working on construction sites, for facility management companies and other sectors, contributing to the British economy. Many of those Polish citizens arrived just after the EU extension in 2004, and if they were to lose their residence status in the UK, many of them would have to leave the country, unless they obtain a British passport, which is all but an easy task. Obtaining a permanent residence permit is quite easy for those EU citizens having lived in Great Britain for more than 5 years. Passing the “Life in the UK” test, which would be mandatory to obtain the British citizenship, in contrast is extremely hard containing questions on Scottish poets, British sportsmen or painters, questions to which most British would not know the answer.

Thus, the main problem will concern those EU citizens who have arrived in Great Britain less than 5 years ago. In case of “Brexit” however, this workforce would create a major problem for the British economy because the EU citizens working and paying taxes in the UK cannot be easily replaced.

Even if today many EU citizens have started to study for the “Life in the UK” test hoping for a British passport. Avoiding hardship for the 2.9 m EU citizens living in the UK and trouble for the British economy could be easy – by voting “NO” to the question “Do you want Great Britain to leave the European Union?”. On Thursday 23rd, make sure to tick the right box! At least, 2.9 million EU citizens will be most grateful…