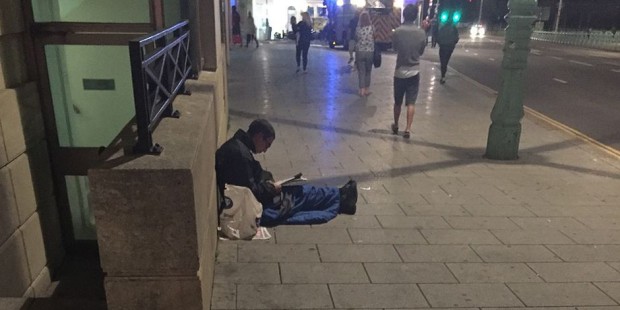 (KL) – Ever since the Tories took over power back in 2010, the number of homeless people has increased by 165 % – and even these official figures might not be correct according to homeless charity organizations who claim that the real figures exceed by far the official data.

The MHCLG indicates that in 2018, 4,677 people had to sleep outside, without any shelter, 1283 in the streets of London. Another worrying figure – the Ministry states that around 100,000 young citizens (16 to 24 years old) have turned to their local communities asking for help because they were homeless or about to lose their homes. Add to this figure all people in other age categories and you’ll get a feel of what the situation is like.

In such a tense situation, the “Brexit” represents a total lack of sense of responsibility, considering that the economic situation of Great Britain will decline sharply after the “Brexit” and, according to the “Yellowhammer Report”, it will immediately hit the lower and lowest income classes harder than anybody else.

The situation is not any better in other major cities in Europe. In Paris, the charity organizations indicate that some 700 children have to sleep in the streets and this week, a new-born child froze to death just one day after his birth. How can anybody reasonably pursue the “Brexit” project which will inevitably lead to more poverty, more people losing their homes, more people dying in the streets? Just to satisfy some stubborn nationalists who live comfortably in their estates, talking about “regaining control”? Control over what?

For the time being, the Tories and Boris Johnson promote a spectacular “Brexit” project which diverts attention from the social problems the Tories have been unable to solve over the last decade. No problem for the Tories – homeless people do not vote and so, they are of no interest to them. Our British friends should be aware that their situation will become even worse if they happen to leave the power with the Tories – scrutinizing the current polls in Great Britain, one could easily come to the conclusion that they have completely lost their minds.