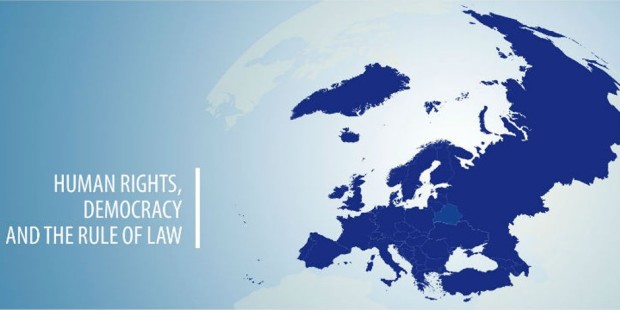 (CoE / Red) – The “European Day for the Protection of Children against Sexual Exploitation and Sexual Abuse” was established in 2015 by the Committee of Ministers of the Council of Europe to prevent the crimes, prosecute the perpetrators and protect the victims. It aims at raising public awareness of sexual exploitation and sexual abuse of children, and the need to prevent such acts; opening discussion on the protection of children and helping prevent and eliminate the stigmatisation of victims; encouraging the implementation of the Lanzarote Convention – a unique legally binding document that obliges State Parties to criminalise all forms of sexual abuse of children and spells out the ways to fight it.

Council of Europe Secretary General Marija Pejčinović Burić has called on the states to step up their efforts to ensure that children’s “circle of trust” (those around them who enjoy a recognised position of trust, authority or influence over children) is made as safe as possible.

“For children, the risk of sexual abuse does not always come from the outside – it mostly comes from the people they trust,” the Secretary General said. “States must spare no effort to ensure that the places where children spend their lives – whether at home, school, sports and leisure facilities or care settings – are made safer for children. Carefully checking the background of people who work with children, educating children and parents on the risks of sexual abuse, training professionals on how to detect and report abuse, and making investigations and court proceedings child-friendly are just some of the many ways to prevent sexual abuse and protect the children who become victims of this horrendous crime”.

The threat for children has sharply increased due to the Covid crisis, since children abused in the family context have virtually no possibility to escape their aggressors and have reduced possibilities to call on outside help.

The Council of Europe’s Convention for the protection of children against sexual exploitation and sexual abuse (the “Lanzarote Convention” now binding all member states of the organisation specifies that even if a child has reached the age of sexual consent in national laws, it is still sexual abuse if an adult engages in sexual activities with the child using a recognised position of trust, authority or influence. Offenders in the “circle of trust” can be parents or carers of children, members of the extended family (including new partners), teachers and other professionals at schools, sports coaches, religious workers and healthcare professionals, but also children’s peers.

The Lanzarote Committee , the body monitoring the implementation of the Lanzarote Convention, recommends that the national legal frameworks cover all instances of abuse of a position of trust, authority or influence, and explicitly refer to the notion of “circle of trust”.

Many children never disclose cases of sexual abuse. Whether this is due to the young age of the children who cannot yet recognise it, to the love for the sport and admiration for their coaches, to the fear of reprisals or to the mere shame – very often victims live in the secrecy and trauma of their suffering throughout their lives. Informing children about sexual abuse, in an age-appropriate and child-friendly language, setting up specialised services (e.g., hotlines), as well as raising awareness among parents of the dangers is a way to mitigate the risk and prevent the crime.

Comprehensive screening of people who work directly with children, be they professionals or volunteers, is another preventive and protective measure that should be put in place. Out of the 26 Council of Europe member states monitored by the Lanzarote Committee in 2015-2018 on the strategies to protect children against sexual abuse in the circle of trust, screening of professionals during recruitment was carried out in at least 17 states (Albania, Austria, Belgium, Bulgaria, Croatia, Finland, France, Iceland, Italy, Luxembourg, Malta, Netherlands, Portugal, Romania, Spain, North Macedonia and Turkey). This screening should also be extended to volunteers and not limited to recruitment only, but carried out on a regular basis, the Lanzarote Committee suggested.

Training professionals and volunteers on identifying and reporting sexual abuse, using child-friendly models, such as the “Children’s House” (Barnahus) to prevent re-traumatisation during investigation and court proceedings, allowing for the possibility of removing the alleged perpetrator from the family and out-of-home care setting from the onset of the investigation, as well as assisting persons who fear they might commit sexual offences against children, in order to prevent the crime from actually happening, are among other measures suggested by the Lanzarote Committee.

A particularly delicate approach is required for situations when harmful sexual behaviours towards children are displayed by other children: here, both sides – the victim and the perpetrator – need the right access to services and support.

The Council of Europe proposes a series of resources which are helpful to raise awareness for this issue and which give concrete hints to children where to find help in such cases. Please visit the web sites of the Council of Europe and the Lanzarote Committee where you find more detailled information about these resources.