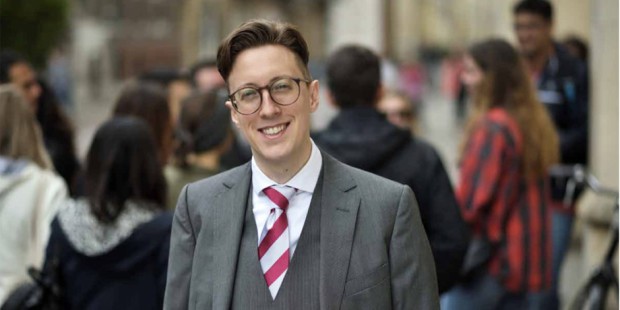 For Dr. David Blunt, expert for International Politics, the "Brexit drama" is not over yet, even after the election of Boris Johnson. Foto: privée / DDB
Tweet

(KL) – The current Brexit situation is difficult to cope with for most Europeans. The election of Boris Johnson as new British Prime Minister has raised a lot of concerns and the new tenant of 10, Downing Street is considered as the “light version” of Donald Trump. So, how will things evolve until October, 31st, the “Brexit Day”? We have asked Dr. David Blunt, Lecturer in International Politics at City University of London and recognized expert for political evolutions. Interview.

Mr. Blunt, Europe is shocked by the election of Boris Johnson as leader of the Tories, but above all, as new Prime Minister. 93.000 Tories have voted for 60 million Britons and the future of the United Kingdom. How undemocratic is this?

Dr. David Blunt: It certainly seems undemocratic, but one has to understand the rather idiosyncratic parliamentary system of the UK. Rather than a popular vote, as in most presidential systems, a British PM only needs to command the confidence of parliament. That is where his or her democratic legitimacy comes from. Roughly half of British Prime Ministers have been ‘unelected’ in the matter in the past century, so it’s not unprecedented. However, it is notable that when Gordon Brown became Prime Minister in this way, Boris Johnson claimed that he had no mandate, that it was a scandal, and there ought to be an election.

All European leaders have politely expressed their congratulations to Boris Johnson, indicating that there will be no new negotiation of the Brexit agreement. In your opinion, does this mean “hard Brexit”?

DDB: Johnson has staked his credibility on leaving the EU by 31 October, with or without a deal. Since no deal Brexit is the default for 1 November, it has to be taken seriously. However, there is no will in this parliament to leave without a deal and MPs will do anything they can to stop this from happening. Given that he has a working majority of two MPs in parliament, which may soon be reduced to one, all it would take is a minor rebellion to bring down his government. As a result, I do not think a no deal Brexit is the most likely outcome at the moment.

We learn from all UK polls that a majority of British citizens is against the Brexit, now that the real consequences are known. Do you think that there will be a “Final Say referendum” at the end of this process?

DDB: The biggest obstacle to a Final Say Referendum is time. There would have to be another extension to organise this. The UK has relied on a diminishing supply of goodwill in Europe and they would have to convince Paris especially that this was worthwhile.

There is a sequence in which Johnson may view a second referendum as the lesser evil for his party. If he cannot get a deal or no deal through, he will be desperate to avoid an election. A pre-Brexit election would have Johnson facing an insurgency from Farage’s Brexit Party that would take most of the Leave seats, especially in the North, while the Liberal Democrats would take the Remain seats in the South. This could destroy the Conservative Party.

If there is an election that leads to a Labour government a second referendum becomes likely, but not certain.

How do you explain the utmost impolite and even childish behaviour of the British Brexit Party MEPs in the European parliament? How comes that the British MEPs took part in the vote for new Commissioner Von der Leyen? Are the Brexit party MEPs trying to poison the future relations between the EU and the UK?

DDB: The Brexit Party are trying to be as disruptive as possible, but I don’t think their intention is to poison future EU-UK relations (but that doesn’t mean they won’t). They are playing to the rabid Brexiter audience in the UK. Their ludicrous behaviour is designed to capture headlines in the gutter press and build support in the event of a general election. It is all very embarrassing for anyone who wants a positive future relationship between Europe and Britain.

Is the Brexit comparable to other neo-nationalist movements in Europe, like AfD in Germany, Le Pen in France, Salvini in Italy, Orban un Hungary and all the others? Has Europe reached its climax and will now return to a nationalist past?

DDB: All of these movement have common elements, they claim to support ‘real’ people against ‘elites’, they tend to be anti-immigration, critical of multiculturalism, critical of globalisation and so on. Brexit has its own particular flavour of English exceptionalism and imperial nostalgia. It is not coincidence that Johnson puts on Churchillian affectations, though he is as comparable to Churchill as Napoleon III was to Napoleon. I do not think we are witnessing the end of the European project. Although it is far from perfect, European unity is essential in a world where the United States is increasingly unreliable, Russia is resurgent, and the Chinese have no yet defined their role in global politics. There is strength in numbers.

What is, in your opinion, the most likely scenario until October 31st?

DDB: That is a hard question to answer. My hunch is that Johnson will not be able to run a functioning government and his will fall before Halloween. The most likely outcome would then be a Labour minority government that depends on the Liberal Democrats or Scottish National Party. This will make a second referendum likely, but if it is not possible then it could be that the UK revokes Article 50 on October 31st. This might be wishful thinking.

Dr. Blunt, thank you very much for taking the time to answer our questions!