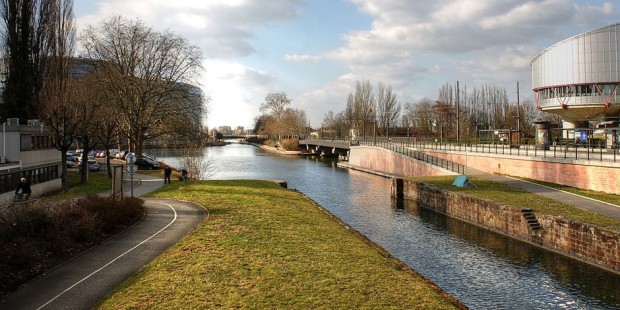 At the left, the European Parliament, ar the right, the European Court of Human Rights - this is Europe in Strasbourg! Foto: CherryX per Wikimedia Commons / CC-BY-SA 3.0
Tweet

(PR / Red) – The Council of Europe’s Committee of Ministers has reviewed, case by case, the implementation of judgments and decisions from the European Court of Human Rights. The Committee has now published the full list of cases reviewed, together with the corresponding indications on how the concerned countries are to react.

The Committee has adopted 39 decisions concerning 19 member states at the end of its quarterly human rights meeting in Strasbourg, including one Interim Resolution concerning Azerbaijan.

Final Resolutions** were adopted by the Committee in respect of 81 judgments and decisions from the European court, concerning 11 different states. The Committee also adopted an indicative list of cases to be examined at its next meeting on the execution of judgments, which will take place in June 2020.

Under Article 46 of the human rights convention, judgments from the European Court of Human Rights (which depends on the Council of Europe) are binding on the states concerned. The Committee of Ministers oversees the execution of judgments on the basis of information provided by the national authorities concerned, NGOs and other interested parties.